Fished a 10 hour offshore trip today. Started on a shrimp boat about 20 miles out. First fish was a nice king till the sharks ate it, all we got was the head. We caught a shark and a few kings then left to look for something else. Next stop was about 25 miles out , caught a few snapper and kings then decided to make a run out to about 50 miles for some amberjack, made one stop on the way and picked up a nice ling. We caught lots of amberjack , most were just a little under legal size but we ended up catching a limit of good ones. We dropped some big grouper baits but got broke off on every drop. On the way in we stopped and caught more snapper and another nice ling. Seas were calm so it was a nice day to be out there. 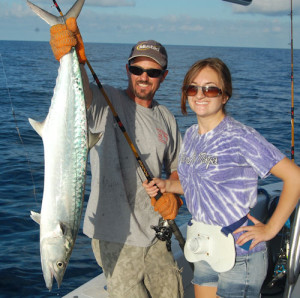 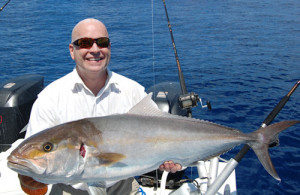