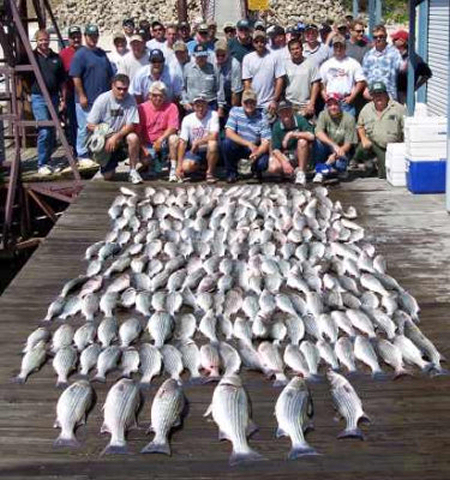 Lake Texoma is famous for the quantity of striper so we are able to catch a good amount of fish in the 3-10lb range and there is always the opportunity to catch 10-20lb striper. We can handle and size group and always work hard to put you on fish.

We provide all quality striper fishing gear, tackle and bait. We also fillet and bag your catch.

We can handle any size group. Women and children are always welcome.

We run one of the nicest best equipped striper fishing boats on Lake Texoma. 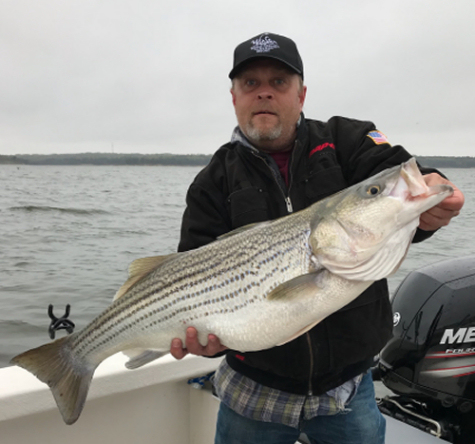 Lake Texoma is one of the premier striper fishing lakes in the country. It's a big lake so it's best to find a fishing guide because the guides fish the lake daily and know where the striper are at all times.

Fishing guides also know what baits are best during the various season on the lake. In many seasons live shad are the best bait and finding and keeping shad alive during a fishing trip can be a real trick. See my article on seasonal fishing with shad and how to keep them alive here.

Capt Steve is a full-time striper fishing guide -- the kind you are looking for in a fishing guide. There are literally hundreds of guides on the lake and most are not "full-time", LICENSED & INSURED.

Balance Due day of trip in Cash or Credit Card with 3% fee.

Since then, Lake Texoma striper fishing has continued to one of the best Striper lakes in the country. 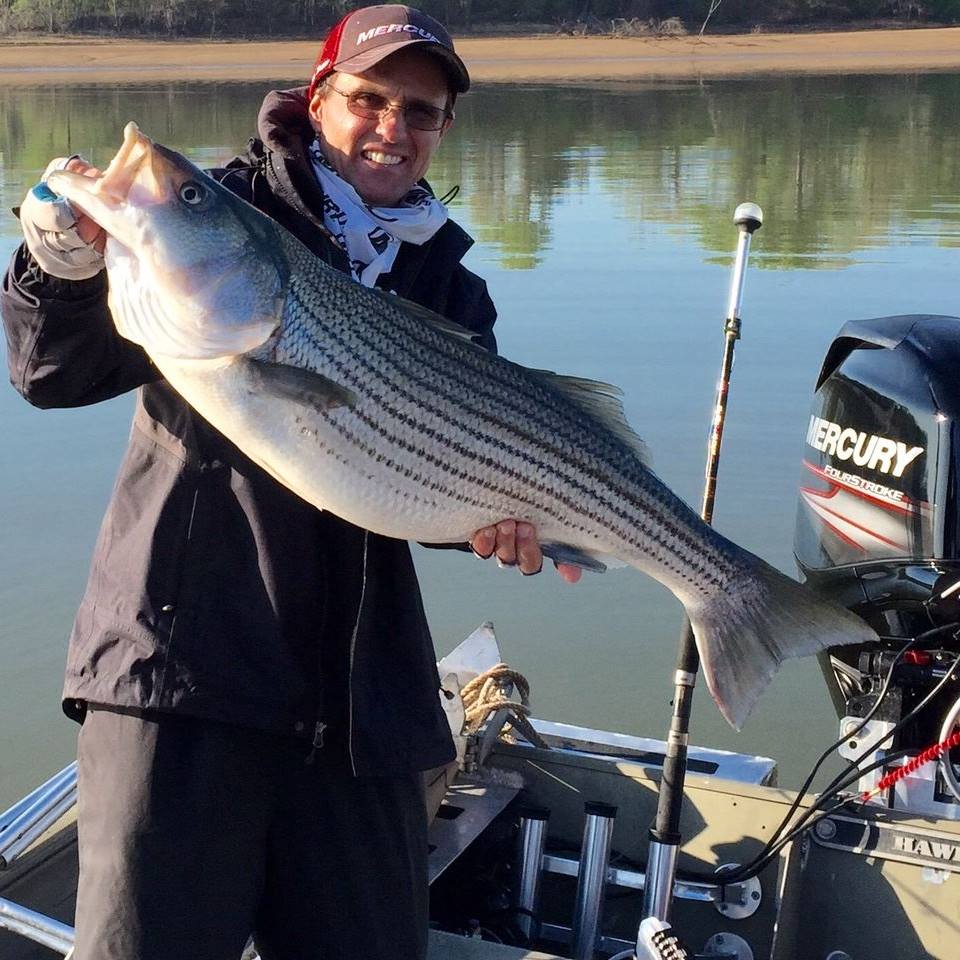 What Customers are saying

24 years as a fishing guide - Capt. Steve goes out of his way to ensure you have an AWESOME striper fishing adventure! See Our Google Reviews 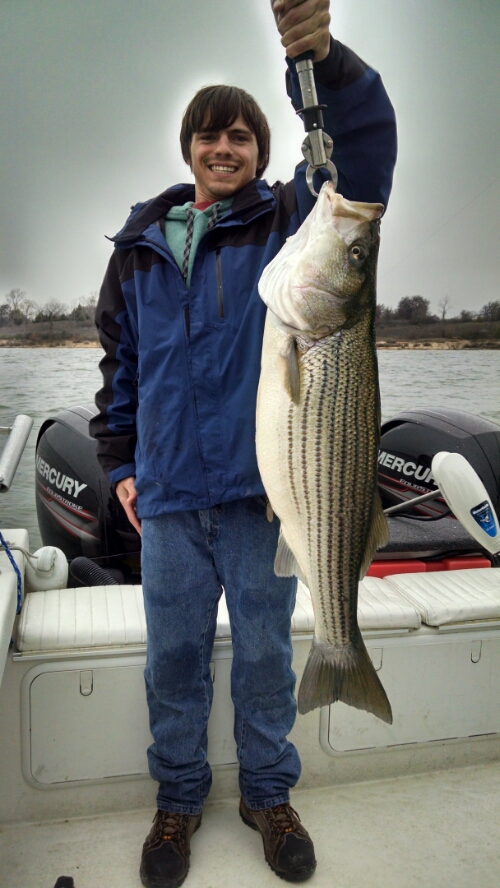 I've had the chance to travel around North America for the past twenty years shooting TV for In-Fisherman and fishing with a lot of great guides, but none better than Steve, who isn't just a great angler, he's a tireless professional when it comes to putting people on fish - 5 Star.

Captain Steve is the best, hands down. Nobody knows more and nobody works harder. Book your POC trips now while the reds are running!!!

What a great day! Capt. Steve is the best! He is very knowledgeable and works to insure that everyone has a great experience! Highly recommend!

THE BEST fishing guide! We highly recommend him! He has the most modern equipment, truly goes out of his way for his customers to catch fish.

The man is a striper fishing guides guru..period. Getting with the co-workers to get another trip going.

We accept cash, debit cards, and all major credit cards.
(Debit and Credit Cards transactions will have a 3% fee added).