Shark and Tarpon fishing today. Had to go out 20 miles to find shrimp boats that were loaded up with bonita. We could only catch bonita on the bait we had so we cut some big chunks of bonita and caught two big black tip sharks and broke off 3 more then that bite just died so we went to the beach to look for tarpon. We found a bunch of tarpon but could not get them to bite. 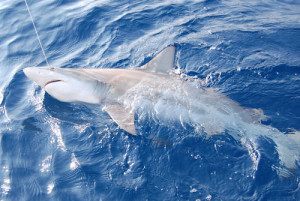 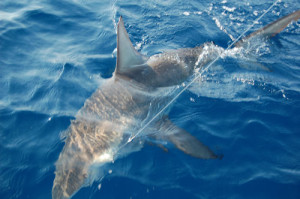