Had a pretty good north breeze from the circulation off of Issac along with some small swells. With the north wind the further offshore you get the rougher. We made it out 16 miles to some shrimp boats and the water was not as clear as it had been so we did not catch anything but sharks. Two guys got sick and we caught all the sharks we wanted so we headed in closer to shore where we caught one tarpon and a bunch more big blacktip sharks and one little bull. 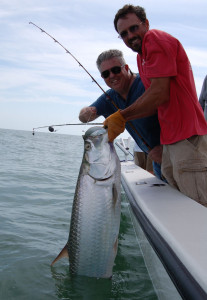 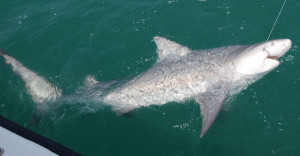 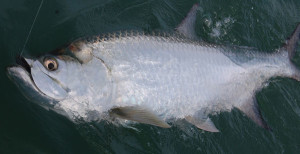