Fished the lake for striper again today from 9:30 AM till it started raining at about 2:30. We ended up catching about 40 fish and most were 5-8 LB fish with a few box fish mixed in and one 11 LB fish that we released for someone to catch when it gets bigger, I think catch and release is very important if we want to have big fish to catch in the future, Texoma would have a lot more big fish if everyone would catch and release the big ones. 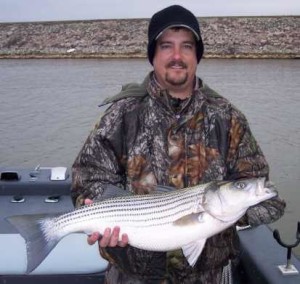 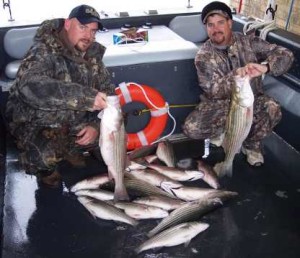