Topwater fishing was great early, first cast was a double, that's two striper on one lure and it happened again later in the morning. We caught lots of fish on top but some were small and some to skinny. The sun peaked through the clouds and the topwater was pretty much over so we moved out to deeper water and really got them good on live bait. Needed a boat full this morning because the fish were so thick we could have caught all the fish we needed. 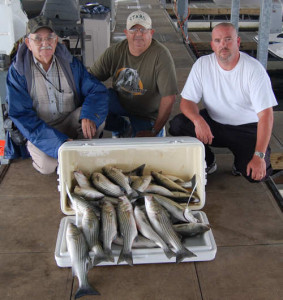 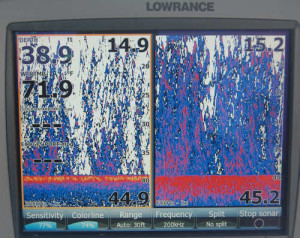 Posted in Boats and Equipment, Fishing Reports and tagged Striper